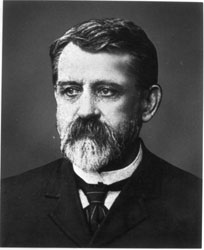 After working as superintendent of McLean County schools, Hull joined the faculty as head of mathematics in 1874 and rose to become registrar and vice president before being named as Allyn’s successor in 1892.