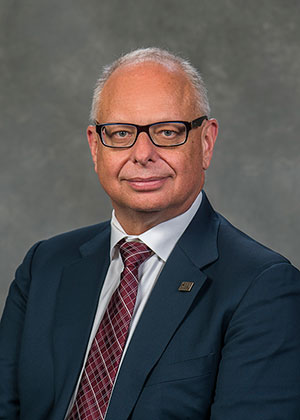 Carlo Montemagno, a professor of engineering, became chancellor of Southern Illinois University Carbondale on August 15, 2017, and served until his death on October 11, 2018.

Charged by the university’s Board of Trustees to take immediate steps to reposition the university for the future, Montemagno launched Vision 2025, an ambitious strategy to revitalize academic programs and student life and services. He proposed a reorganization of academic programs that was underway at the time of his death, oversaw growth in private giving to the university, and focused on enrollment management and regional economic development.

Montemagno was an internationally recognized expert in nanotechnology and biomedical engineering. Prior to his appointment at SIU, he founded the interdisciplinary Ingenuity Lab based at the University of Alberta in Canada.